“‘Cosmopolitan’ Beyoğlu and Its Diversity in Historical Context” 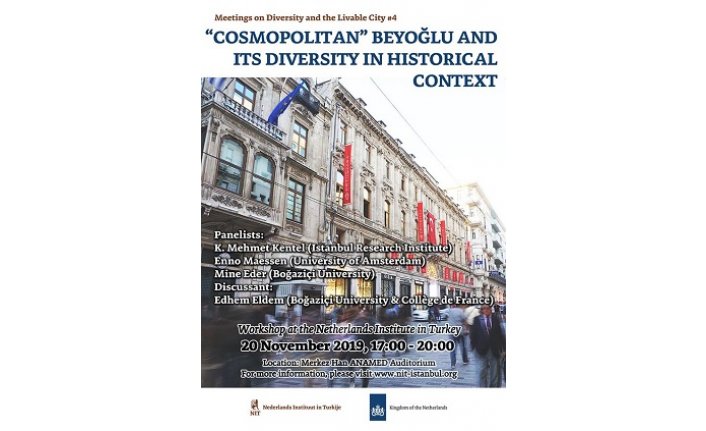 This event, the fourth of the "Meetings on Diversity and the Livable City" series co-organized by the NIT and the Netherlands Consulate General in Istanbul, will concentrate on the changing patterns of diversity that have characterized Beyoğlu/ Pera since the 19th century through contemporary times. It will address the varying experiences, social conflicts, and representations with regards to the socio-economic and cultural forms of diversity in the district, which has long been associated with "cosmopolitanism" within the cultural imagination of Turkish upper classes and the international academia.